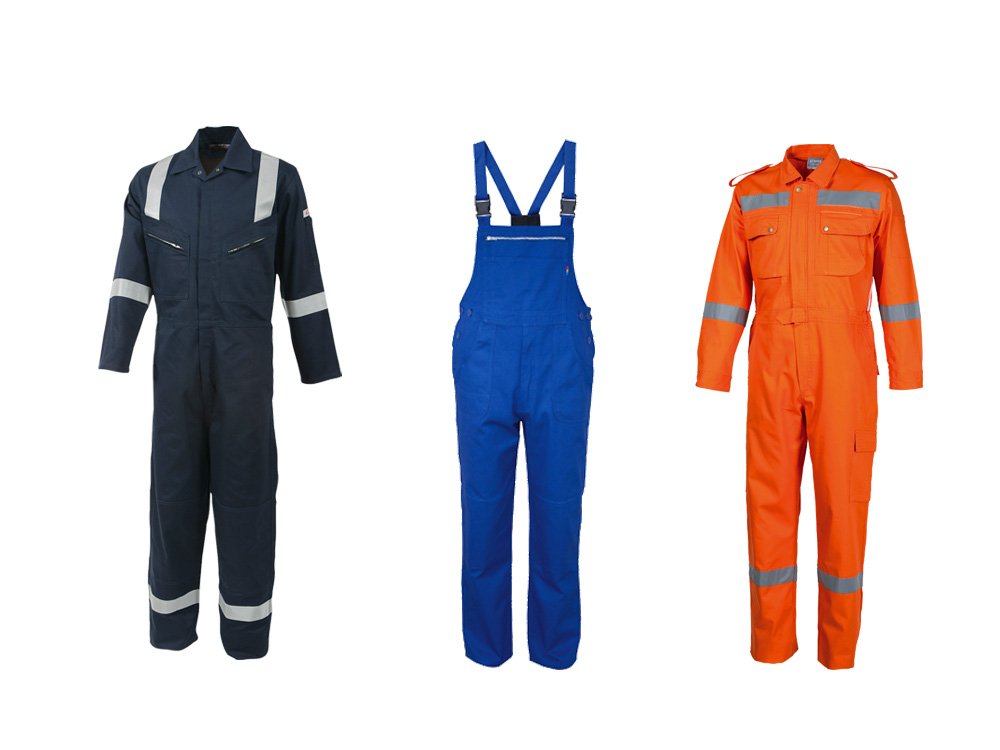 Boiler suits, overalls, and coveralls are made to protect human ‘s regular clothing. There are some workplaces which demands care and protection while using machinery and equipment. Organizations and Governmental institutes make sure that people at the workplace are wearing PPE ( personal protective equipment). PPE helps in achieving the standard of health and safety risks at work. There are four types of PPE depending upon which kind of health or safety you are concerned about. PPE helps in respiratory protection, ear, eye, and hands protection. The Boiler suits, overalls, and coveralls are personal protective equipment. Here we are going to provide the difference between the boiler suits, overalls, and coveralls. Well, they are all the name of the same uniform which workers wear at the workplace for their protection.

Difference between boiler suits and overall

Boiler suits and coveralls are almost the same and protect against dirty environments. They are optimum fit because of the elastic bands which work as a join between top and bottom. In general, there is no visible join in these PPE, elasticated waistband work a join. Boiler suits American version is the overall which is comfortable and prevents from snagging. Difference between coveralls and overalls according to general criteria, people define that there is only the regional difference — the British versus the Americans. Here we are going to clarify this thing; coveralls protect in dense and intense work environments. In comparison with the overalls, they are used in those work environments where we need heavy protection — coveralls used in manual work. Overalls are different from coveralls, as they are a loose strap, bib comprised with holder type uniform. They are light uniform used over the ordinary dress. Unlike coveralls, they do not protect the arms. Well! This is all we have experienced. But if you go through some British definitions, you will come to know that overalls also cover the whole body, the arms, legs, and torso. We want to elaborate on the main differences between coveralls and overalls, and that is one is loose fitting uniform, and one is trouser comprised uniform with the bib. As we have defined these three interchangeably according to the British and American terminologies, they should be explained one by one. The boiler suit is that type of garment which does not cover the hands, feet, and head. The boiler suit is known by the name of coverall in North America and everywhere in the world by the name of overall. Overall are also famous for the bibs and attached suspenders with trousers. We can not relate the boiler suit with the jumpsuit as it is the tight-fitting outfit. Boiler suits are loose-fitting uniforms.

Which PPE is best at the workplace?

To choose out of boiler suit, overall and coverall at the workplace, all depends upon the intended purpose. If you are working in a military or coal-fired boilers, then there is no other best choice than the boiler suits. All heavy industries workers, mechanics, and even the engineers prefer to wear boiler suits. Boiler suits are made up of cotton the most common and Nomex for providing flame resistance feature. Degree of protection decides the type of material for the manufacturing of boiler suits. Nylon, cloth, paper, and denim are the manufacturing materials for the boiler suits. Overalls are also known as bib and brace overalls ( protective clothing) during working. In general speaking, the term pair of trousers and a pair of overalls are also used for them. Denim is the primary manufacturing material of overalls. Chino cloth can also be used in their manufacturing.  Due to its production, it has become potential cult items, clothing of high fashion. If we talk about the history of overalls, they were first worn by slaves. After that denim material added in it, it got included in denim “high waist trousers” with attached suspenders. The reliability and durability factor made denim overalls the first choice of workers in the ’90s.  After that, an addition of bib, loose strap trousers with attached suspenders made the totals classy. Coveralls are an extended version of overalls, used in work environments where more care is needed. It looks like a jumpsuit but has the less tight fitting. So, as concluding remarks, the main difference in these three is the region and the material of which they are made.  The last one is the dependence of the work environment, which compel you to choose one out of these three. For the broad context, to get rid of the flame resistance boiler suit is the best one. For the regular workplace, coveralls and overalls are the best.
Social Share

Tips for Working in the Winter

What do you know about Flame Retardant Textiles?

What to Wear on A Construction Site?

Rock Athleisure With Workout Clothes You Can Wear To Work